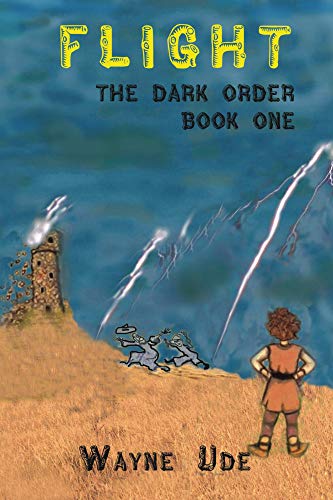 The dark wizard Rath is experiencing the worst summer of his life. The drought he spent five years creating has vanished in a night. When he sends two apprentices to the Fifth Valley to re-establish drought, lightning drives them off. When a bolt strikes a crystal carried by his senior apprentice; its force comes through the great crystal though which Rath observes their attempt. In the resulting blast, Rath loses his right hand and his stone tower is demolished. Worse, he can’t tell who or what is responsible. Meanwhile, in the Fifth Valley, an eight-year-old girl named Bird snuggles under her covers, thinking, “I like rain. And I don’t like dark wizards.” As her family come to understand Bird’s role in what has taken place, they realize that she must flee before the Order of Dark Wizards comes seeking their adversary. Older brother Aren, just returned from two year’s service in Lord Ryd’s Guard, will accompany and guide her. With no other options, the pair travel east, seeking those who might recognize the nature of Bird’s power and perhaps teach its uses and limits.